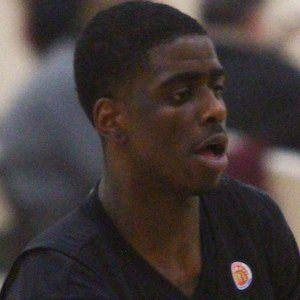 Guard who joined the Florida State University Seminoles in 2015. He had an immediate impact as a freshman, averaging just under 16 points and six rebounds per game.

He played basketball at three different high schools, finishing his career by leading Oak Hill Academy to a 45-0 regular season.

Due to the success of his freshman year, he declared himself available for the 2016 NBA draft, but didn't sign with an agent in order to keep his NCAA eligibility. He signed with the New York Knicks in August 2021.

He was born to Kennie Crawford and Dwayne Bacon, Sr. He has been romantically linked to Nique.

He and AJ Hammons were both McDonald's All-Americans at Oak Hill Academy.

Dwayne Bacon Is A Member Of