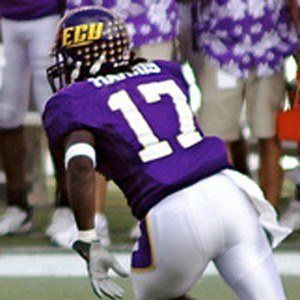 NFL wide receiver and return man who began his career with the Dallas Cowboys in 2011.

He was an All-American candidate at East Carolina University and was selected in the sixth round of the 2011 NFL Draft.

He returned his first punt for a touchdown in 2012 against the Philadelphia Eagles.

He has a brother named Derrick.

Dwayne Harris Is A Member Of