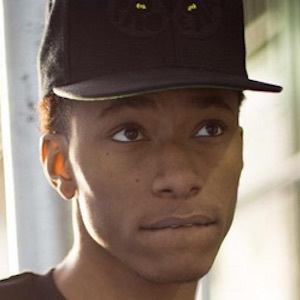 Rapper known for being part of the Supa Slackers duo with SwankMaster Raw. He has over 20k followers on Twitter and signed with Pro Era.

He started uploading songs to SoundCloud in 2012, making five solo tracks before becoming part of Supa Slackers. He met other members of Pro Era, including Capital Steez, while in high school.

Lewis originally recruited SwankMaster Raw to be a hype man, but they soon began writing together.

He grew up in Brooklyn, NY.

He and Nyck Caution have both been signed to Pro Era.

Dyemond Lewis Is A Member Of