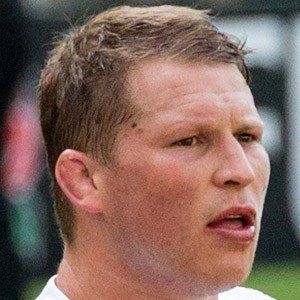 New Zealand born rugby hooker who began his professional career with Worcester in 2003 before joining Northampton in 2005. He became part of the English national team in 2008.

He received his education at Rotorua Boys' High School and Beacon Community College.

He became notorious for his lack of discipline on the pitch. He was suspended for 26 weeks in April, 2007 after he eye-gouged a pair of London Wasps players, James Haskell and Jonny O'Connor.

He was born in Rotorua, New Zealand to an English mother. He married Joanne Tromans in July 2018. They share a daughter named Thea.

He became teammates with Chris Robshaw on the English national team in 2009.

Dylan Hartley Is A Member Of