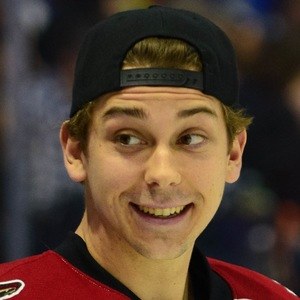 Canadian center who was selected third overall in the 2015 NHL Draft by the Arizona Coyotes. In 2018, he'd sign with the Chicago Blackhawks. He began his professional career with the OHL's Erie Otters in 2013.

He first received attention from scouts during his time with the Toronto Marlboros of the Greater Toronto Hockey League.

Dylan Strome Is A Member Of