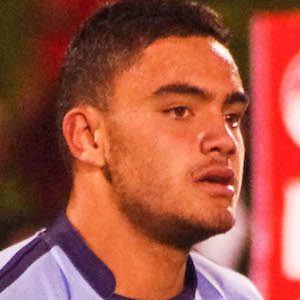 Professional rugby center and five-eighth who is known for his time with the South Sydney Rabbitohs. In 2014, he and the team won the National Rugby League Grand Final over the Canterbury-Bankstown Bulldogs.

In 2014, he made his Australian National Team debut in a loss to New Zealand. In 2015, he was named to the NRL All-Star team as a representative of the Rabbitohs.

He played on the 2015 NRL team alongside Manu Vatuvei.

Dylan Walker Is A Member Of