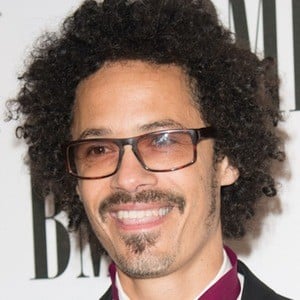 Swedish pop singer and musician best known for his 1997 hit single "Save Tonight". He has earned representation from MCA Records, Diesel Records, and Sony Music and has released multiple albums within the rock, post-grunge, and alternative rock categories. He both sings and plays guitar.

He moved to New York City at the age of 12 where he began playing music. In 1995, he returned to Sweden and after a brief stint as an actor, he chose to focus on music. He released his debut single in 1997 called "Save Tonight" and in 1998, he released his debut album Desireless which went on to sell over four million copies worldwide and was certified platinum in the U.S..

On November 21 of 2012, he appeared as a musical guest on The Voice of Romania. His songs have also been featured in several films including Y tu mama tambien and Wim Wenders film The Soul of a Man.

He was born and raised in Stockholm, Sweden and is the son of famed jazz musician Don Cherry. His mother

He co-wrote and sang on the track "Wishing It Was" with Santana on their 1999 album Supernatural.

Eagle-Eye Cherry Is A Member Of