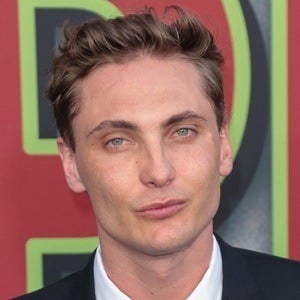 Australian television and films actor with several credits to his name including Love Is Now, The Killing Field and Girl Asleep. He went on to star in therevival of David Lynch's Twin Peaks: The Return in 2017 and in 2019 he began starring in the Netflix fantasy series The Witcher.

One of his earliest roles came in 2002 when he appeared in The Outsider.

Aside from film and television he is an established theater actor and has appeared in Romeo and Juliet at the Sydney Theatre Company.

He has shared photos on Instagram of his nephew.

He appeared alongside Naomi Watts in both The Outsider and Twin Peaks.

Eamon Farren Is A Member Of

The Witcher
Winchester
The Dig
The ABC Murders