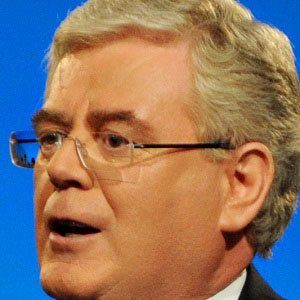 Labour politician who became the Minister for Foreign Affairs and Trade in 2011 after becoming the leader of his party four years prior.

He became the President of the Union of Students in Ireland from 1976 to 1978 after graduating from University College Galway.

He led the Labour Party to its best ever performance at the 2011 general election.

He has three children with his wife, Carol, who he met while at university.

He succeeded Brian Cowen as the Minister for Foreign Affairs and Trade.

Eamon Gilmore Is A Member Of