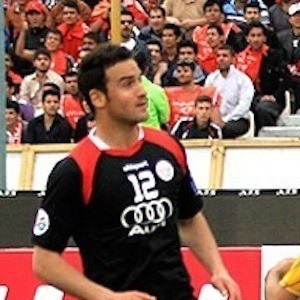 Libyan forward who has had great success in the League of Ireland Premier Division while playing for Drogheda United FC and Derry City FC. He has competed for both Libya and the Republic of Ireland at the international level.

He began his career with Broadford Rovers before moving to the Dublin-based club St. Joseph's Boys AFC. He played for Leicester City at the under-18 and under-19 levels.

He was named the PFAI Players' Player of the Year for his 2011 season with Derry City.

He has siblings named Adam, Sarah and Louise.

He has been teammates with defender Kwame Watson-Siriboe on the American club Indy Eleven.

Eamon Zayed Is A Member Of