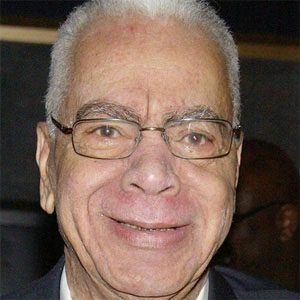 Actor who is best known for his role on The Cosby Show and for his voiceover work as Panthro on the animated series Thundercats.

He fell in love with acting at age thirteen, after seeing a Broadway production of Henrik Ibsen's play Ghosts.

He appeared in TV movie versions of Shakespeare's famous tragedy, Macbeth, and Eugene O'Neill's drama, Long Day's Journey Into Night. He was also nominated for a Tony Award for his work in the Broadway production of The Lady From Dubuque.

He was born in Rocky Mount, North Carolina, to Maria Plummer and Zachariah Hyman, but he grew up mostly in New York City.

He was nominated for a 1986 Emmy Award for his role as Bill Cosby's character's father on The Cosby Show.

Earle Hyman Is A Member Of