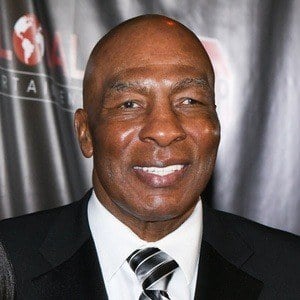 Ranked #10 on The Ring's ranking of the 100 greatest punchers of all time, also the United States Amateur Heavyweight Champion. Throughout his long career, he won 68 fights by knockout. He had 1 draw and 14 losses.

He began boxing at the relatively late age of 22.

He became an ordained Christian minister and moved to England to pastor his own church. The legendary boxer was 78 when he passed away.

Joe Bugner called him the hardest puncher he ever had to face.

Earnie Shavers Is A Member Of