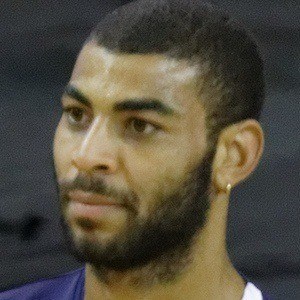 French volleyball player known for his play with the French National Team, with whom he won gold medals at the 2015 European Championship and World League.

He started playing professionally with Tours VB in 2008.

He won awards for his play as an outside spiker in the 2015 European Championship and World League, as well as an overall MVP in World League.

He was born to Eric and Christine N'Gapeth.

Taylor Sander won the World League MVP with the US in 2014.

Earvin N'Gapeth Is A Member Of