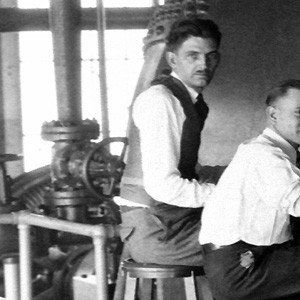 Scientist who focused on aerodynamics such as wind tunnels, turbulence and boundary layers while working for NACA's Langley Research Center from the 1920s to the 1940s. He also designed a motorjet aircraft referred to "Jake's Jeep".

He received the Wright Brothers Medal, which honors individuals who have made notable contributions in the engineering design, development, or operation of air and space vehicles, in 1933.

He married Ivy Allison Willson in 1922 and they had three children.

He was influenced by Wilbur Wright.

Eastman Jacobs Is A Member Of