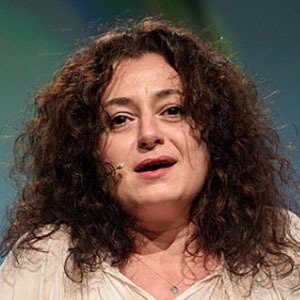 Turkish writer, journalist, and author who is known for her columns with Haberturk as well as her work as a presenter for Haberturk TV in 2010. She is also a novelist who published her first book Muz Sesleri in 2010.

She graduated from the Ankara University's Faculty of Law. She started her career as a journalist writing a weekly column for Milliyet in 2000. She became a visiting fellow at the Reuters Institute for the Study of Journalism in 2008.

She was awarded the Human Rights Association of Turkey's Ayse Zarakolu Freedom of Thought Award in 2008.

She was born and raised in Izmir, Turkey and shared a photo with her family through Instagram in October of 2018.

Ece Temelkuran Is A Member Of