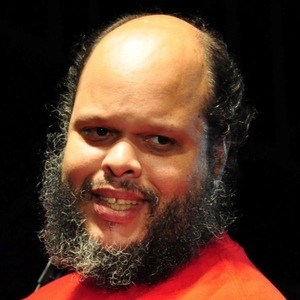 Singer and keyboardist whose music spans across numerous genres, including rock, funk, jazz and música popular brasileira. Among his most acclaimed releases are the platinum-selling Manual Prático para Festas, Bailes e Afins (1997) and the Latin Grammy-nominated Aystelum (2005).

He began his music career as the singer for the short-lived rock act Kabbalah.

He translated Phil Collins' songs for the Disney film Tarzan (1999) into Brazilian Portuguese.

He married Edna Márcia Lopes. He is the nephew of the late singer Tim Maia.

He recorded the song "Ainda Lembro" with Marisa Monte.

Ed Motta Is A Member Of