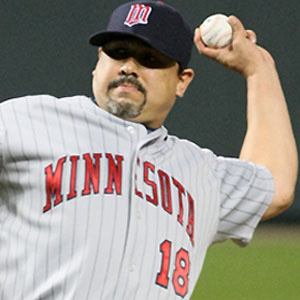 Two-time MLB All-Star known as Everyday Eddie who led the American League in saves in with the Minnesota Twins in 2002.

He was drafted by the Twins in 1993 and was converted into a relief pitcher in 1996.

He set the Mariners record for consecutive saves with 27 during his 2005 season with Seattle.

He married Lisa Guardado in 2001 and he has two children, including actor Niko Guardado.

He played under Twins head coach Tom Kelly until the coach's departure from the team in 2001.

Eddie Guardado Is A Member Of