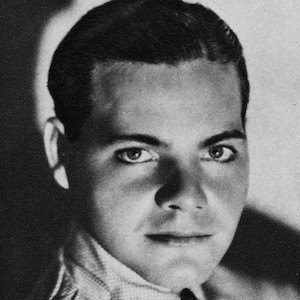 Actor of vaudeville, silent film, and television, who starred as Connie Rivers in John Ford's 1940 adaptation of The Grapes of Wrath. He also appeared alongside Clark Gable in 1935's Mutiny on the Bounty.

Born into a family of performers, he made his debut on the vaudeville stage at age seven. His first film appearance was in the 1922 short film, "Up and at 'Em."

He showed up on many classic TV series, such as The Addams Family, Perry Mason, and The Andy Griffith Show.

He was born to Joseph Quillan of Scotland and his wife Sarah.

He made his last TV appearance in a 1987 episode of Matlock, starring Andy Griffith.

Eddie Quillan Is A Member Of