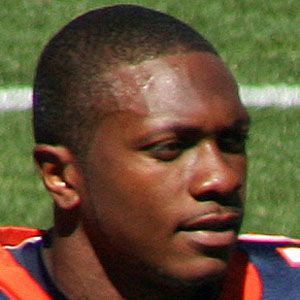 Wide receiver and punt returner known for his time with the Denver Broncos and San Diego Chargers. Ats a college player at Virginia Tech, he was a First-Team All-ACC selection in 2007.

He was named the top high school player in the state of Virginia by PrepStar and SuperPrep while at Westfield High School.

He was named the Diet Pepsi NFL Rookie of the Week twice during his rookie season.

He has played under coach Mike McCoy at both Denver and San Diego.

Eddie Royal Is A Member Of