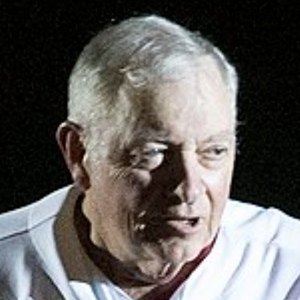 Former major league relief pitcher best known for his eight-year stint with the Baltimore Orioles. He won the World Series with the Orioles in 1966 and 1970.

He was born in Lamoni, Iowa and was signed as an amateur free agent by the Orioles in 1961. He made his major league debut in 1966.

He is a member of the Baltimore Orioles Hall of Fame.

He was the youngest of four children born to Bonnie Leigh and Lawrence Watt.

He won the 1970 World Series with the Orioles alongside series MVP Brooks Robinson.

Eddie Watt Is A Member Of