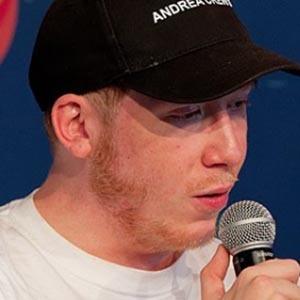 Singer who has won fans in France for his linking of hip-hop and French chanson, as heard on songs like "Kid," "Ego" and ""Fête de Trop". His first full-length album, Cure (2018), shot to the top of the French album charts.

He grew up in Créteil, France and began receiving singing lessons at age 12.

He played Julius Caesar in a commercial for CanalSat.

His father was a truck driver and his mother was a lab technician.

He has performed the song "Comme Un Boomerang" live with Julien Doré.

Eddy de Pretto Is A Member Of