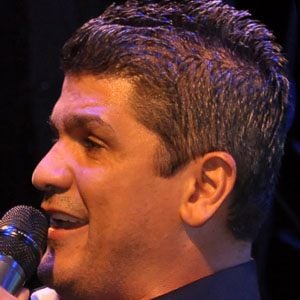 Popular merengue singer known for albums like Mi More, Lluvia de Amor, and Paso Firme. He was a member of Wilfrido Vargas' band.

He took first prize at the Festival of the Voice of Santiago at age 17.

He has won the Casandra Award for Best Male Performer.

His mother initially discouraged him from joining Wilfrido Vargas' band.

He and Elvis Crespo are both well-respected artists in the music genre known as merengue.

Eddy Herrera Is A Member Of