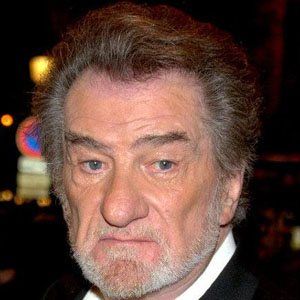 Renowned French singer and Cesar Award-winning actor who rose to fame as a member of the band Les Chaussettes Noires in the 50's. The group sold two million albums in 1961 alone.

He was hugely influenced by American culture, taking his stage name from the masculine American actor Eddie Constantine.

He was the longtime host of "La Derniere Seance", a French TV show about American films, from 1981-1998.

He worked with Led Zeppelin's Jimmy Page, then a session guitarist, while living in London.

Eddy Mitchell Is A Member Of