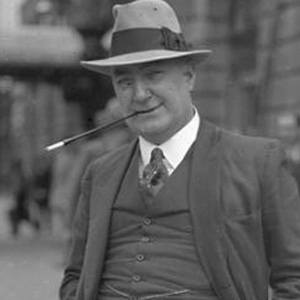 English multi-genre writer who is most famous for King Kong and the J. G. Reeder detective series. He wrote 175 novels and 24 plays, as well as several screenplays, non-fiction works, and poetry and short story collections.

He worked as a war correspondent before becoming a crime writer. He published his first work, a collection of ballads, in 1898.

He was born in England to impoverished actor parents and was adopted at the age of three by Clara and George Freeman. Wallace later had several children with his first wife, Ivy Maude Caldecott. Following his 1918 divorce, he was remarried to author Margaret Lane.

He met and became friends with author and poet Rudyard Kipling.

Edgar Wallace Is A Member Of