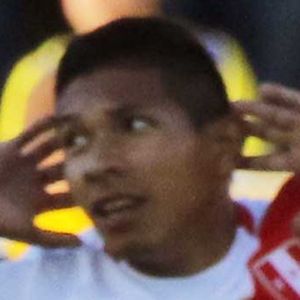 Peruvian soccer player who is known for his position of winger for the MLS side D.C. United. He is also known for playing as an attacking midfielder on Peru's national team.

He began his youth career as a part of the Universitario club in 2008. In 2011, he was moved up to begin his senior career for the same club and that same year he made his debut appearance on Peru's under 17 national team. In 2013, he began playing for Peru's national team.

He won the award for Best Player at the Under 20 Copa Libertadores in 2011.

He was born and raised in Lima, Peru. He posted a picture with his mother to Instagram in March of 2018.

Other attacking midfielders who have played on Peru's national team include Christian Cueva, Renato Tapia, and Nolberto Solano.

Edison Flores Is A Member Of