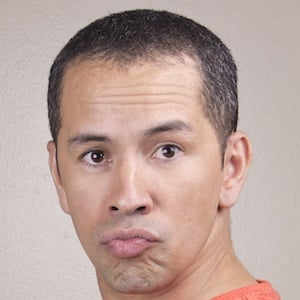 Brazilian actor known for his appearances in film, television, and theater. He is best recognized for his role as Aluizio Li in the 2016 film O Shaolin do Sertao and was nominated for Best Actor at Cinema Brazil Grand Prize in 2014 for his role in Cine Holliudy.

He began his career in entertainment as a stand up comedian at the age of 17. He then went on to make his acting debut in a short film in 2004 and his feature film debut in 2011 in the film As Maes de Chico Xavier.

He is also known for his passion in martial arts and is a Taekwondo master with a 5th degree belt.

He was born and raised in Fortaleza, Ceara, Brazil and has three sisters.

He starred alongside the singer Falcão in the 2016 film O Shaolin do Sertao.

Edmilson Filho Is A Member Of