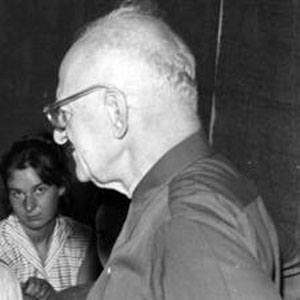 Austrian-American musician who helped composer Arnold Schoenberg debut some of his major works. He taught at Juilliard from 1952 until 1964.

He was a student at the Lemberg Conservatory where he was trained by Vilém Kurz.

He immigrated to the United States in 1938 where he became known for his Beethoven recitals during the 1950s.

He taught many future notables, including Alfred Brendel.

Eduard Steuermann Is A Member Of