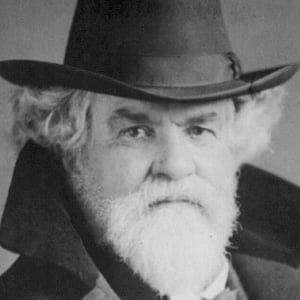 An American fiction writer and historian, he is known for such novels as The Hoosier Schoolmaster (1871), The End of the World (1872), and Roxy (1878). His young adult historical fiction works include Pocahontas and Powhatan (1879) and Montezuma (1880).

He was frequently ill as a child and was often unable to attend school; therefore, he received much of his early education from his father.

He became a Methodist minister in 1856.

He was born in Indiana to Joseph Cary Eggleston and Mary Jane Craig.

He and Thomas Welch were both Methodist ministers.

Edward Eggleston Is A Member Of