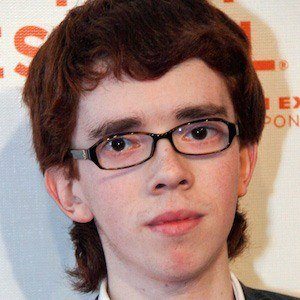 Television actor best known for his role as Doug in FX's Louie.

He did stage and theatre productions all throughout middle and high school. The first professional play he ever auditioned for was called Harold and he was cast as a good friend of the main character, played by Spencer Breslin. He followed stage experiences with multiple national commercials and a handful of independent motion pictures.

He has mostly been chosen to play nerdy and shy characters, often ones who get bullied. He is of slight build and a neurotic nature, so it has been attributed to typecasting. He loves Disney, Harry Potter, and wearing bright-colored clothing.

He has a younger sister. His family is Jewish.

His first big role was on FX's Louie opposite comedian Louis C.K.

Edward Gelbinovich Is A Member Of