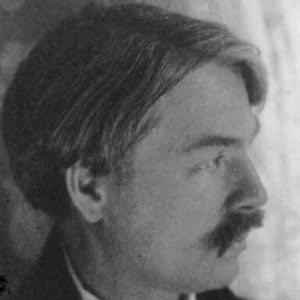 Romantic-era composer and pianist best remembered for "Woodland Sketches," "Sea Pieces," "New England Idylls," and other piano suites. His most popular piece was "To a Wild Rose" from "Woodland Sketches." He sometimes worked under the pseudonym Edgar Thorn.

He was first instructed on piano by Colombian violinist Juan Buitrago. He was also trained by Venezuelan pianist and composer Teresa Carreño.

He was inducted into the American Academy of Arts and Letters in 1904, part of the first group of Americans to be honored in this way.

His family relocated to Paris in 1877, enabling him to attend the Paris Conservatoire. He married Marian Griswold Nevins, one of his piano students, in 1884.

His career was ended after a Hansom cab ran over him in 1904, causing him to suffer from dementia and lost mental capabilities. His family was helped by a Mendelssohn Glee Club fundraiser. Many contributed, including former President Grover Cleveland.

Edward MacDowell Is A Member Of