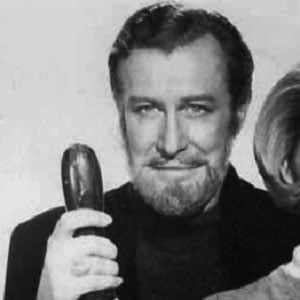 Most well known for his roles in the television series Knight Rider and The Ghost & Mrs. Muir, he is also remembered for his appearances in films such as Out to Sea (1997) and Megaforce (1982).

Before beginning his acting career, he briefly studied medicine at the National University of Ireland. His early professional acting credits include a production at Dublin's Gate Theatre and an appearance in ITV's The Adventures of Robin Hood.

Shortly before his death, he acted with his one-time Knight Rider castmate David Hasselhoff in an episode of Baywatch Nights.

Born and raised in County Cork, Ireland, he later settled in Los Angeles, California, where he died of lung cancer in his early seventies.

In 1957, he replaced Rex Harrison as Professor Higgins in the Broadway production of My Fair Lady.

Edward Mulhare Is A Member Of