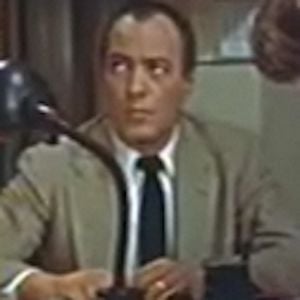 Though he may be best remembered as The Chief in the NBC spy comedy Get Smart, he more frequently roamed the screens of movie theaters with performances in such films as Rebel Without a Cause, North by Northwest, and the 1962 version of Cape Fear.

Professionally active starting in 1949, he appeared that year in an uncredited role as a Lieutenant in Gates's Office in I Was a Male War Bride. He worked on Broadway in between that time and 1955 when he really jumped into film.

He appeared in guest starring roles in notable TV series such as Bewitched and The Odd Couple.

He was married to Suzanne Belcher from 1954 until his death.

He had a starring role alongside Gregg Palmer in The Rebel Set in 1959.

Edward Platt Is A Member Of