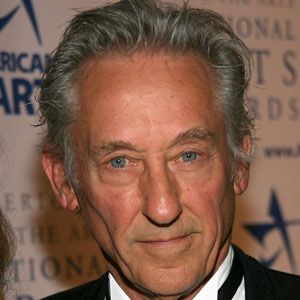 Multi-media pop artist known for works such as "Every Building on the Sunset Strip" and "Standard Station." He was heavily influenced by the culture and vernacular of Los Angeles and Southern California.

He attended the California Institute of the Arts as a student of Robert Irwin and Emerson Woelffer.

He created 'Column With Speed Lines,' a lithograph that President Obama presented to British Prime Minister David Cameron in 2010.

He was born to an auditor for the Hartford Insurance Company. His family was Roman Catholic, and he grew up with his sister Shelby and his brother Paul. He married Danna Knego, with whom he had two children.

He was influenced by the work of Roy Lichtenstein.

Edward Ruscha Is A Member Of