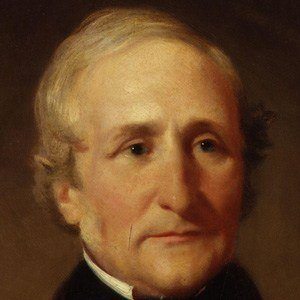 Astronomer and naturalist who worked to study the earth's magnetic field as well as rocks, birds and weather patterns. He was the 30th President of the Royal Society.

He served with the British navy in the War of 1812.

His first scientific expedition was with John Ross to seek out the Northwest Passage, which they did not find.

His older brother was the naturalist Joseph Sabine.

The leader of his first expedition was the nephew of famed polar explorer James Clark Ross.

Edward Sabine Is A Member Of