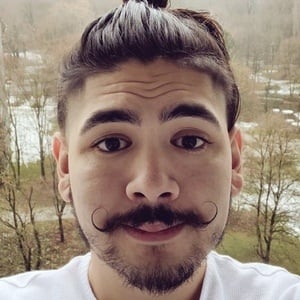 American FIFA gamer on YouTube and a partner with the live streaming service Twitch who is known online as Castro1021. He has earned more than 3.4 million Twitch followers and over 1.9 million YouTube subscribers. He has also posted multiple vlogs on YouTube showcasing his daily life for his fans.

He has been playing soccer since he was 3 years old. Joining YouTube in February of 2014, he accumulated more than 100,000 subscribers in just one year.

He's raised money for charities such as Whizz-Kidz, Make-A-Wish and Macmillan Cancer Support through marathon streaming sessions. In August of 2021, he posted a photo of Cristiano Ronaldo on his Instagram page and the photo has been liked over 125 thousand times.  He signed with CAA in 2022.

He was born and raised in Chicago, Illinois to parents of Mexican descent. He began a relationship with Pita in 2008.

He's played against Marshall89HD, DjMaRiiO, and others on his YouTube channel.

Edwin Castro Is A Member Of