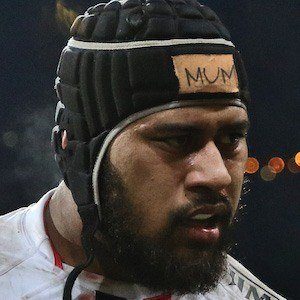 Rugby union number 8 known for his play with Top 14 French side Toulouse. He stands over six and a half feet tall and has played at over 300 pounds.

He grew up in a rugby family and made his professional debut before he was 20 years old, joining Toulouse in 2012.

Although born in New Zealand, he's declared his eligibility to play international rugby for Tonga.

He has two uncles who were prominent figures on the rugby scene. One, Finau Maka, played internationally for Tonga while the other, Isitolo Maka, played for New Zealand and coached Tonga.

He and Richie Gray have been teammates on Toulouse.

Edwin Maka Is A Member Of