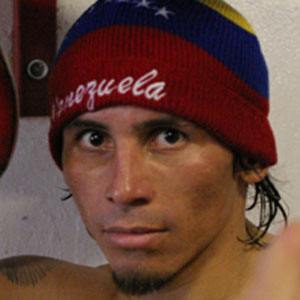 Dominant lightweight and super featherweight fighter who committed suicide after admitting to murdering his wife.

He began boxing when he was 12-years old, and within a few years he was the back-to-back-to-back Venezuelan Amateur Champion.

In his short but dynamic career he went undefeated, winning all 27 matches by way of knockout, and claiming the WBA World Super Featherweight title.

He was married to Carolina Valero until her murder, which he admitted to jail guards he had done.

Edwin Valero Is A Member Of