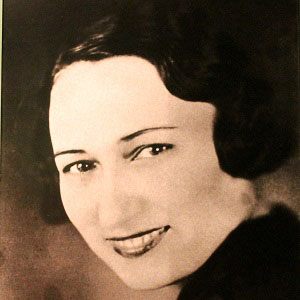 American sports executive notable for being the first woman to be inducted into the Baseball Hall of Fame. She was the treasurer of the Negro League and co-owned the Newark Eagles with her husband until his death, at which point she became the team's sole owner.

She graduated from Penn Central High School in Pennsylvania in 1916. She later entered the hatmaking business.

She was an active participant in the Civil Rights Movement, organizing a boycott of stores that refused to hire black salesclerks in 1934.

She was married to Abe Manley, who served as the vice president and treasurer of the Negro National League.

Players like 7-time MLB All-Star Larry Doby played for the Newark Eagles during her ownership.

Effa Manley Is A Member Of