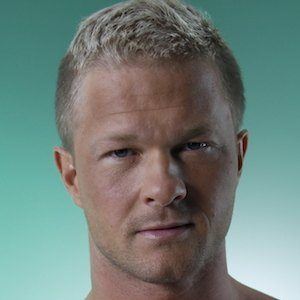 Icelandic media personality who is known for having hosted his own TV show, Kallarnir. He is also well-known for being a member of the Icelandic pop band Mercedes Club.

He first gained widespread prominence when, in 2007, he was selected top be an original member of Mercedes Club. In 2008, he and his bandmates released their single "Ho, Ho, Ho, We say Hey, Hey, Hey" in their bid to compete in that year's Eurovision Song Contest. It finished as the runner-up.

Following the dissolution of Mercedes Club, he continued his music career under the moniker of DJ MuscleBoy. In 2014, he released the single "Louder," which garnered regular radio play throughout Iceland.

He was born and raised in Iceland.

His style as DJ Muscleboy is often compared to Basshunter's electronic, dance-friendly style.

Egill Einarsson Is A Member Of