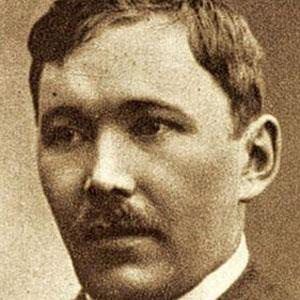 Finnish, folklore-influenced poet, writer, and journalist who is especially remembered for his Helkavirsia poetry volumes. Over the course of his career, he published more than seventy collections of short stories and poems.

He grew up as one of ten children and published his first poem when he was twelve years old.

His journalistic influence and health both faded following the Finnish Civil War.

He married three times and had one child. He died in Tuusula, Finland at the age of forty-seven.

He was born in the same year as American poet Carl Sandburg.

Eino Leino Is A Member Of