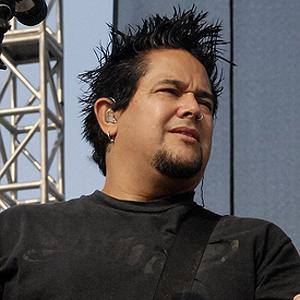 Guitarist and trumpet player best known as a member of NOFX, a California-based punk band. His music group's numerous albums include Punk in Drublic, The Decline, and The War on Errorism.

He started playing guitar at the age of thirteen and later graduated with honors from the Berklee College of Music.

He became known for his goofy sense of humor and for his impressions of cartoon characters.

He and his wife Jennifer raised two children.

He and Michael Burkett were both members of NOFX.

El Hefe Is A Member Of