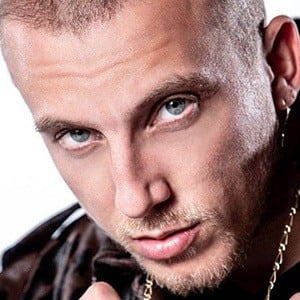 Argentinean hip-hop artist who is known for the singles "Deja De Llorar," "Sola Otra Vez," and "Voy a Pedirle al Tiempo." In 2017, he competed on the reality dance program Dancing for a Dream.

He made his solo debut in 2006 and released the single "Vuelve, Te Lo Pido" through Magenta Records.

He had the opportunity to perform at the FIFA World Cup held in South Africa.

He and pop singer Karina gave birth to a daughter in 2007.

He posed for a photo with TV show host Marcelo Tinelli in September 2017.

El Polaco Is A Member Of