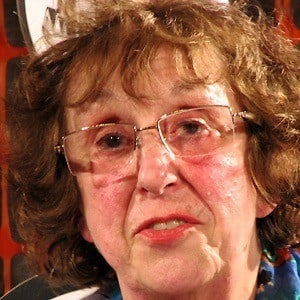 British poet, novelist, and translator known for Cities, The Survivors, and other works. Her literary style was influenced by the work of the Objectivists and the Black Mountain Poets.

She started writing poetry at age eight. Her father, a furniture-maker by day and storyteller by night, was one of her major literary inspirations.

She was raised in Leicester, England. She later married and had three sons.

She wrote a 2001 biography of poet Ted Hughes.

Elaine Feinstein Is A Member Of