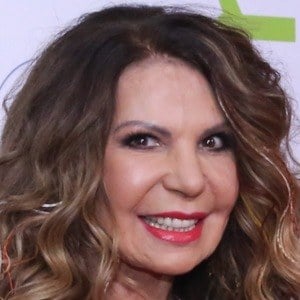 Forró artist who is often referred to by fans and media as The Queen of Forró. Over the course of her long and illustrious career, she has achieved massive popularity in Brazil with releases like Coração Brasileiro (1983), Leão do Norte (1996) and  Balaio de Amor (2009).

She spent much of her childhood in Campina Grande, Brazil. She performed with the band Coral Falado Manuel Bandeira as a teenager.

She received the Order of Cultural Merit from the Brazilian government for her contributions to Brazilian culture.

She has five siblings and is a cousin of singer Zé Ramalho. She has four children. She was previously married to Gaetano Lopes.

She collaborated with Geraldo Azevedo on the album O Grande Encontro 2 (1997).

Elba Ramalho Is A Member Of