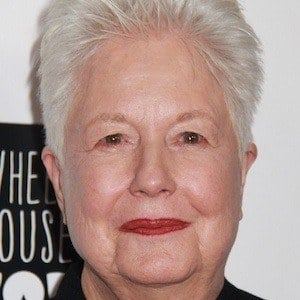 Francis Ford Coppola's wife who made several documentaries about her family.

She met her future husband on the set of the film Dementia 13 in 1962.

She chronicled her husband's attempts to control the filming of Apocalypse Now, which later turned into one of her best-known documentaries.

Eleanor Coppola Is A Member Of