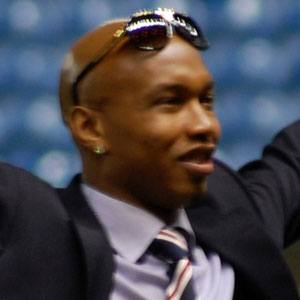 Senegalese striker who played in the Premier League and for his national team in the 2002 World Cup. He was a member of Liverpool from 2002 to 2005, appearing in 55 games and helping the team capture the Football League Cup in 2003.

He started his career out in France with the Sochaux-Montbeliard club in 1998.

He faced racism as an African in the English leagues and had several run-ins with fans and opposing players.

He developed a close friendship with rapper Akon.

El Hadji Diouf Is A Member Of