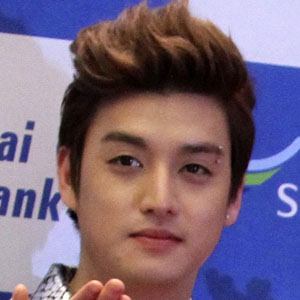 Pop singer and rapper best known as a member of the Korean boy band U-KISS, who have released chart-topping albums like 2011's Neverland. He is also an actor who has appeared on TV shows like Real School.

At age fifteen he moved to China, where he learend Taekwondo and Kung Fu.

He has been nicknamed "The Pigeon" by fans due to his expert bird impressions.

His birth name is Kim Kyoungjae. He has sisters named Minah and Hannah.

He co-starred with actor Mario Maurer in the drama Autumn Destiny in 2010.

Eli Kim Is A Member Of