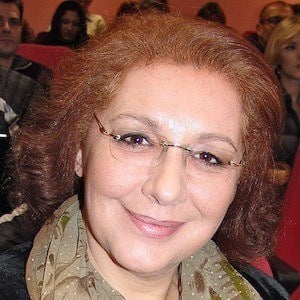 Renowned telenovela star recognized best for her role as Maria Eugênia Diniz in the series Luz do Sol. She also joined the cast of 2016's Carinha de Anjo as Maristela Lopes.

A skilled theatre actress, she got her start on the screen in 1996 in the series Xica da Silva.

She has appeared in feature films like Woman on Top and Bellini and the Sphynx.

She was married to scenographer Giulio Lopes until 2012. She has three children: Harry, Fernando Lucas, and Marcella.

In Carinha de Anjo, she joined a cast that included Lorena Queiroz and Jean Paulo Campos.

Eliana Guttman Is A Member Of