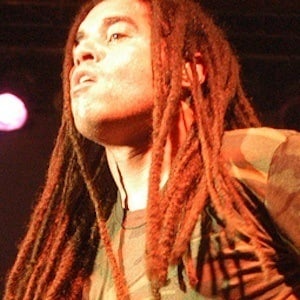 Vocalist best known as the frontman for the American hard rock and nu metal act Nonpoint. His band has built a loyal fanbase with singles like "Bullet with a Name," "Left For You" and "Breaking Skin."

He was raised in Fort Lauderdale, Florida.

His band's eighth album, The Return (2014), debuted in the top spot on the U.S. Hard Rock charts.

He is of Dominican and Puerto Rican descent.

He collaborated with Mudvayne singer Chad Gray on the 2010 single "Miracle."

Elias Soriano Is A Member Of