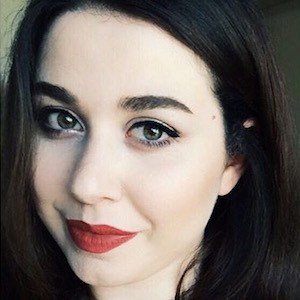 Turkish YouTube vlogger who is known for her self-titled channel. She has gained widespread popularity there for her frequent comedic vlog entries dealing with her everyday life, as well as challenge completions.

She began her YouTube channel on July 11, 2012. She posted her first video there on May 4, 2015. She began studying psychology at Istanbul Commerce University and social services at Istanbul University.

She has amassed more than 1.1 million subscribers to her YouTube channel. One of her most popular videos, "BİM ABURCUBURLARI DİĞERLERİNE KARŞI," has earned more than 975,000 total views.

She was born and raised in Turkey. She has two sisters.

She has been a frequent collaborator of fellow YouTuber Meryem Can.

Elif Yalcin Is A Member Of